Released as part of the Home Demo Collection. This is an song I wrote, titled "Money til January". I wrote this song while looking back at a time in life where the life I was building at the time all collapsed on itself like a house of cards. I was 18 and living with some friends and life was great...until about 9 months later and we all realized it was too expensive and we couldn't keep making the monthly rent. So I had to move back in with my Dad. This song is about that time, and how sometimes you gotta go back to Square One before you can move forward again.

Enjoy some dinner and brew while we perform at Coast Fork Brewing (aka: Brewstation) in Cottage Grove! Show time is 6pm - 9pm, no cover, all ages. Indoor and covered outdoor seating available. 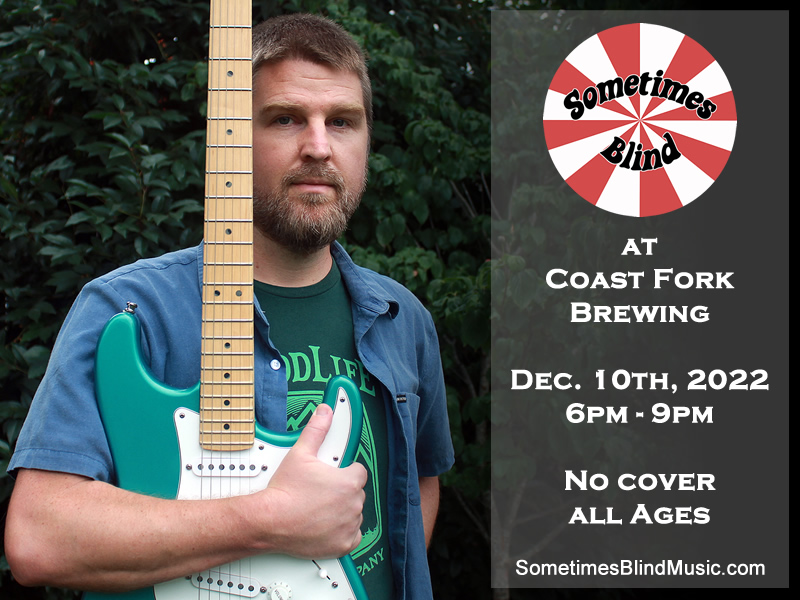 Released as part of the Home Demo Collection. This is a cover song written by Tom Petty, titled "Mary Jane's Last Dance". This was always one of my favorite Petty tunes. I always loved how Tom said he wrote this song in a matter of minutes for his Greatest Hits album, which he only did at the request of his record company. This song then went onto be one of his biggest hits he ever wrote. Tom said he thought it was weird to write a new song for a greatest hits album since it had never been a hit and could easily be a big flop. Tom was surprised at the success of the song considering it was written so quickly.

Released as part of the Home Demo Collection. This is a cover song written by the Liverpool rock group, Oasis, titled "Wonderwall". I always enjoyed this song, and felt that it had a good Fall season type of feel to it.